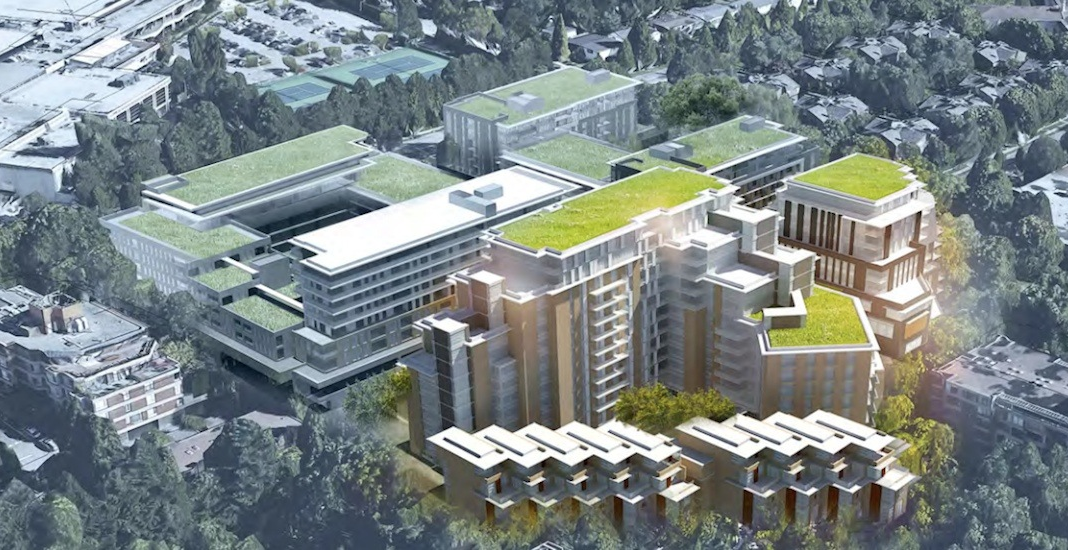 Although construction is already well underway on the first phase of the Arbutus Village redevelopment, the local developer is now proposing an even more ambitious design for the second phase of the mixed-use project.

Larco Investments has submitted a new rezoning proposal to the City of Vancouver that seeks amendments to City Council’s 2011-approved rezoning for the seven-acre shopping mall site at 2133 Nanton Avenue – the northwest corner of Arbutus Street and Nanton Avenue, directly across from the Arbutus Club and near the Arbutus Greenway.

The first phase’s Block A and B are located on the eastern half of the site – on the ground-level parking lot – while the second phase’s Block C and D are mainly on the western half where the shopping mall is situated. 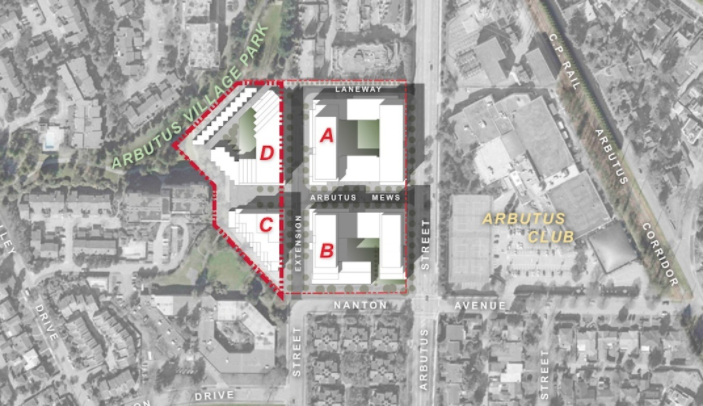 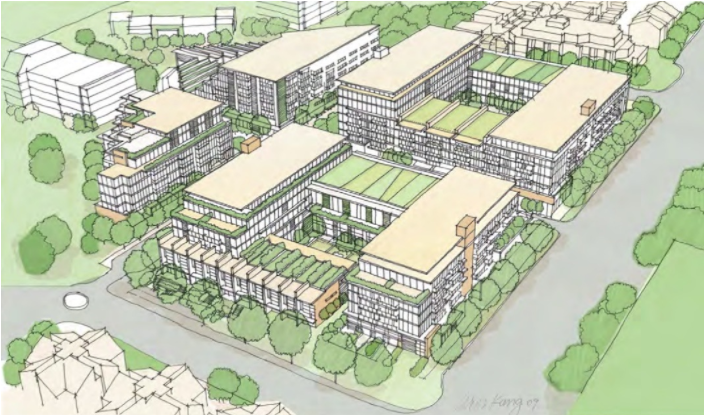 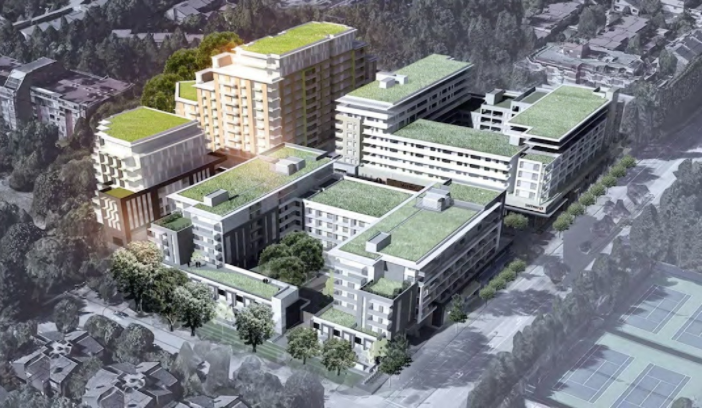 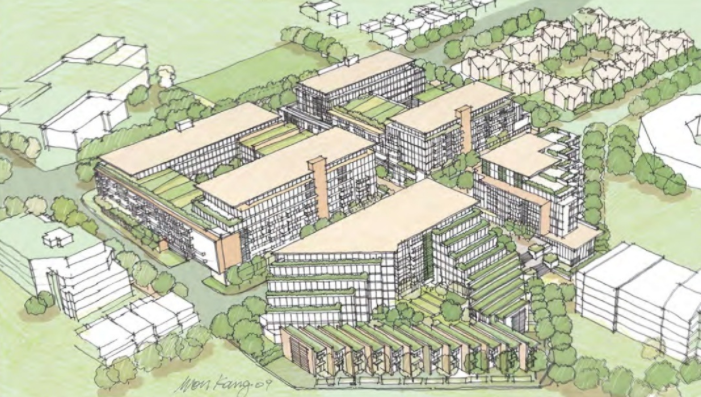 The development is required to designate 20% of the project’s total number of units for affordable housing. If this rezoning is approved, the number of City-owned, developer-funded affordable units will increase by 20 for a total of 120 affordable rental homes. 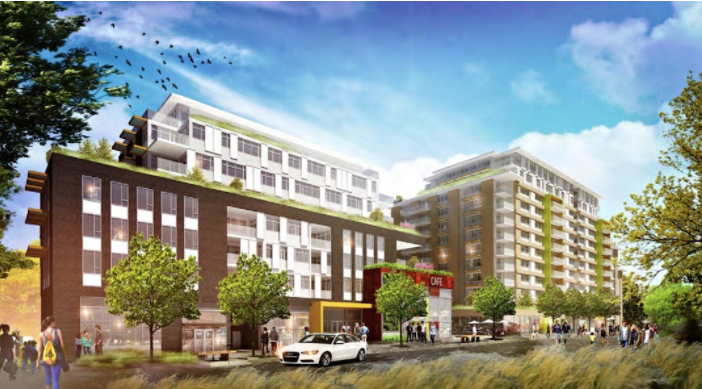 A so-called ‘neighbourhood house’ amenity for residents, which includes an adult day care centre and recreational facility, will expand slightly to reflect the larger number of expected residents.

The rezoning only requests for additional residential density; the commercial component of 269,000 sq. ft. of retail, restaurant, and office space remains unchanged, and this includes a new replacement Safeway grocery store. The only type of residential use at the project is rental.

A public square planned for the core of the redevelopment could host sheltered and secure space for a local market with at least 10 market stands. 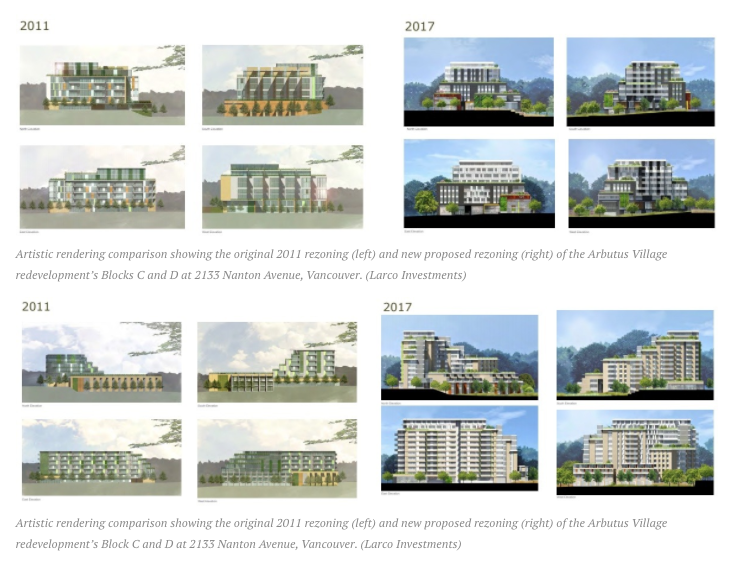 “Since the Arbutus Centre Rezoning was approved in 2011, the housing crisis has worsened in Vancouver,” reads the rezoning rationale.

“Today, the demand for residential space has mushroomed in Vancouver, particularly in more affordable forms such as rental and subsidized housing. Therefore, the objective in amending the current zoning for Arbutus Centre is to achieve a higher and better use for the remaining development on Blocks C and D that broadens the diversity of residential types and increases the amount of housing made available by the overall project.”

Additionally, since the rezoning seven years ago, the City has made headway with the Millennium Line extension project to Arbutus Street and turned the Arbutus Corridor into a greenway, which will include a future streetcar line.

The existing Arbutus Shopping Centre was constructed in the 1970s as a part of the Arbutus Village residential community. Planning for the redevelopment began in 2008. 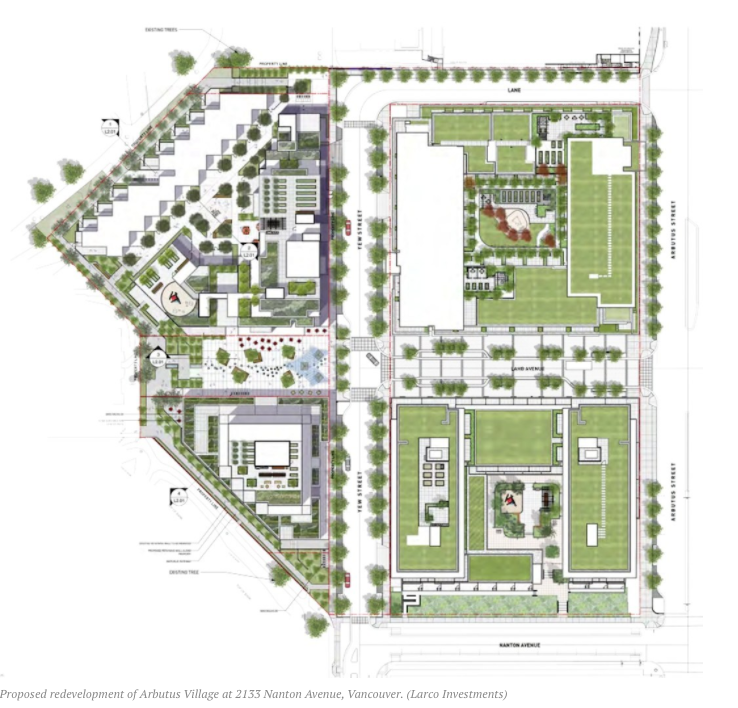 Article By: The Dailyhive Vancouver